Stockport County photographer Mike Petch is celebrating ten years at Edgeley Park.  A special video has been produced to mark the occasion, including some familiar faces from County’s past decade.

Mike said: “These last ten years have flown by but it’s been a real pleasure and a privilege to be County’s official photographer.”

Mike has his dad Graham to thank for his career in sports photography. He said: “My dad got me into it as a hobby when I was a young boy, he’d been photographing motorsport since the 1960s, my uncle gave me an old Zenith SLR to get me started – from then on, I was hooked.”

Since those early days, Mike has branched out, working with the official photographers for the British Touring Car Championship, as well as covering showbiz weddings and events.

Mike said: “My favourite County picture of all time was in February 2009 in the home clash with Huddersfield, when Leon McSweeney scored a deflected equaliser in the last seconds of the game. 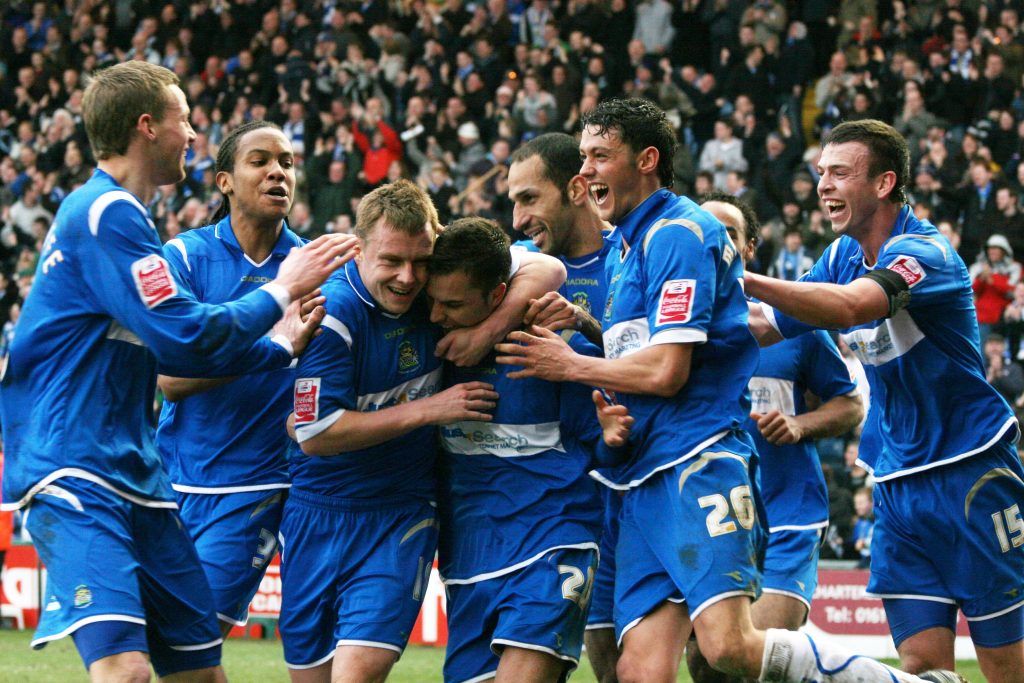 “I was lucky, because Leon and five or six team mates just turned and ran in my direction.  It’s got everything: joy, passion, beaming smiles, a packed Cheadle End behind them and you can feel the emotion – it makes me smile every time I look at it and we’ve made it life size on the wall of the Players’ Entrance.”

Ex-Hatter Michael Raynes, now at Crewe, said: “The images will be there forever, and as you get older you appreciate them; I’ve got pictures that I look back on and they trigger all sorts of memories. There aren’t many nice ones of me, though, being a centre half you’re always heading the ball so they’re never too glamorous!”

Former team mate Andy Halls, now at Chester, said: “The pictures are there to treasure and look back on when you finish your career.  My mum has kept so many from my County days because I was just starting out in the game, so it’ll be great to look back on them and be able to show to my own kids.” 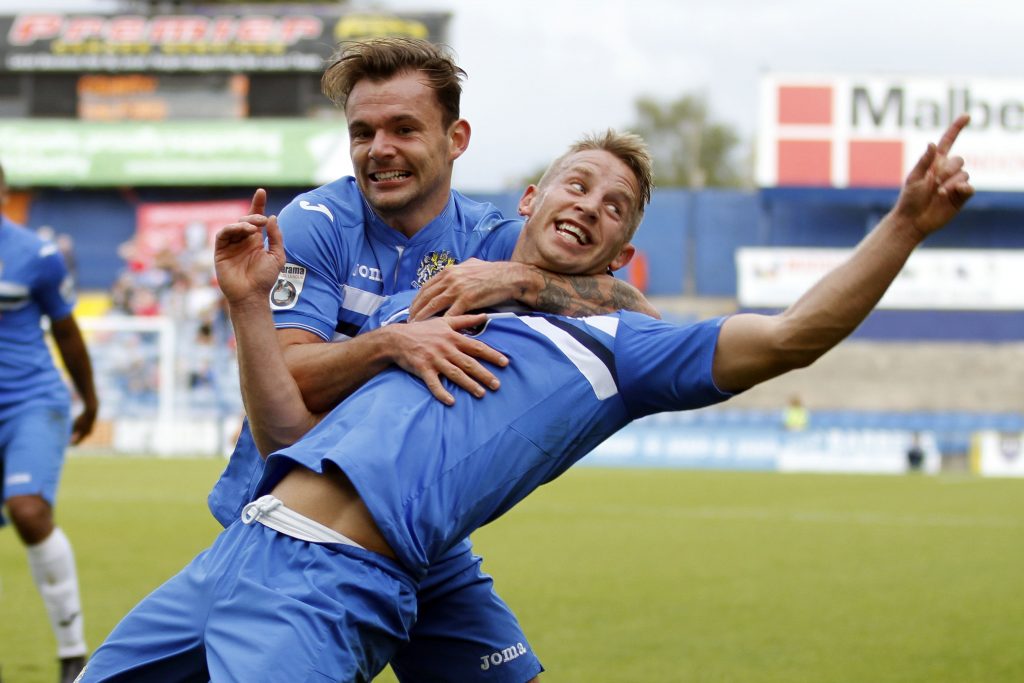 Gary Stopforth pulls a goal back for County, against his old club, Salford City.

One of Mike’s most memorable shots was published in October 2016 when he captured Gary Stopforth’s celebration with Danny Lloyd following his goal in the home win against Salford City.  Gary said: “I didn’t realise Mike was right there, but it’s a great shot, it shows sheer joy on both our faces – he’s done really well in that split second to make the most of it. Mike’s a real pro.”

County Director Jon Keighren said: “I’ve worked with Mike for the whole of his decade at Edgeley Park and he is a giant in his field.  I’ve also used him for corporate work away from Edgeley Park, which demonstrates his versatility. He even did the photographs at my wedding!

“I’ve always believed that everything we produce in terms of external media should be the best it can possibly be – we have incredibly high standards, which is a legacy of our Football League heritage. Mike is without doubt one of the best in the business and his work would not be out of place at a Premier League club. We’re blessed to have someone of his pedigree working at Stockport County.”

The video was produced by www.sazmedia.co.uk, whilst Mike’s photography can be seen on his own site  www.mphotographic.co.uk.

This entry was posted in News and tagged Stockport County.